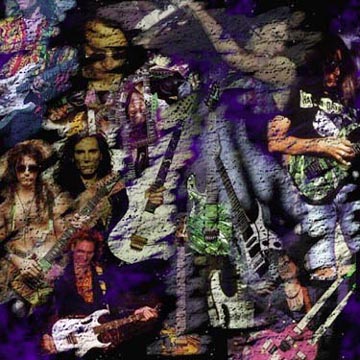 You have been my inspiration since you designed the Jem. Actually it was because of you that I really fell in love with the guitar. My bedroom is a shrine with posters of you and Ibanez guitars which I also like a lot. I think they are the electric guitar of the century.

Anyway besides that I saw you play live in Melbourne at the Palace. You were awesome. I came extra early and snuck around the back to hear you practice and that was even better than the concert, because it was all you, no one in there to impress. After the most amazing night of my life I went backstage and I only spoke a few words to you because I was awestruck by your presence, but you signed my T-shirt which by the way, I made myself with a scanner, and it is now an original signed Vai T-shirt that’s all mine. We shook hands and that was that. Thanks.

All the best to you and your family,
Julien Cohen