Since Flo was originally a Floral Pattern type body, which uses a back-routed body and a special transparent pick guard, the Jem7VWH Pickguard had to be adjusted to allow for the deeper installed Volume & Tone controls, as wel as the pickup selector switch.

Steve marked the front of the guitar with it’s name “Flo” which is now also covered with transparent plastic, to preserve the sharpie ink.

Various pieces of gaffer tape are used to protect the sides of the pickups and to avoid strings getting caught under the bobbins. The most famous incarnation of Flo had a piece of neon green gaffer tape with the word “KONX” written on it, as seen below: 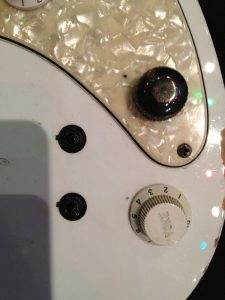 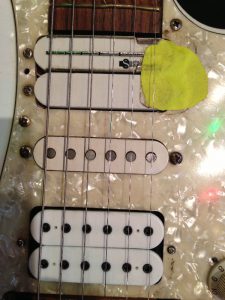 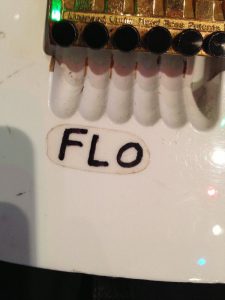 The name covered with protective plastic 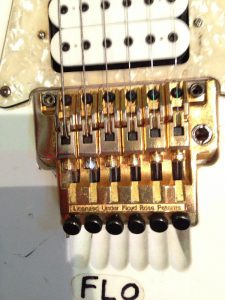 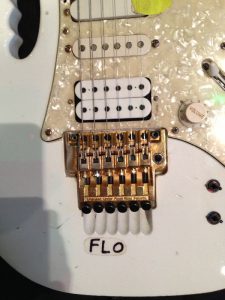 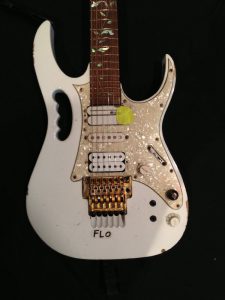 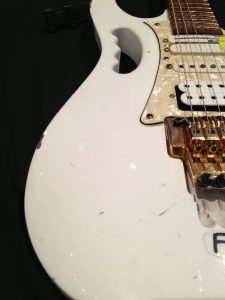 Many scratches and bruises 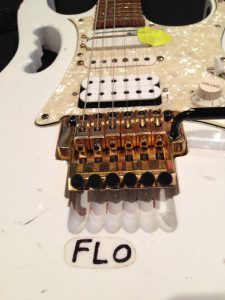 Steve wrote the name in sharpy on the front. 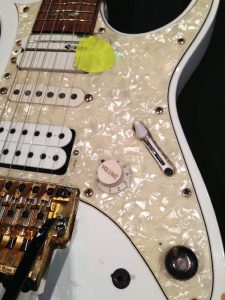 Body front. Note the cutout for the selector switch